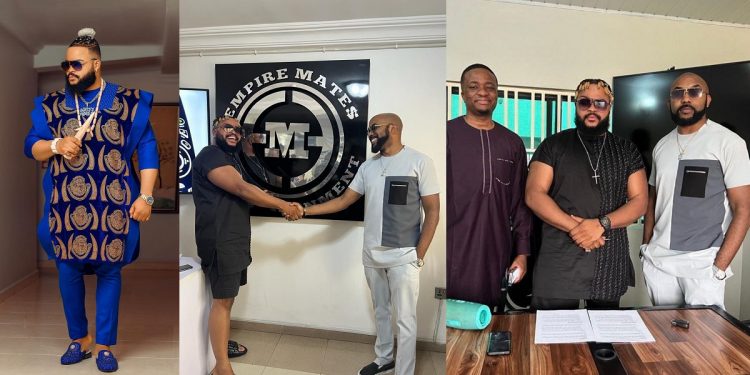 Whitemoney, who rose to prominence after competing in Big Brother Naija ‘shine ya eye’ and emerging as the season winner, took to his social media page to announce its new management on Monday, September 20.

He posted pictures with Banky W and his friend Captain Tunji Dumeren, and told Nigerians to brace themselves for the wave of good music he would now unleash.

The Singer of Years,

“Now that we’re in safe hands, let the music flow.

Now that we are in good hands, let the music flow.

Meanwhile, the collaboration stirred massive reactions Nigerians on social media, putting the singer’s name on the trending table on Twitter.

See some reactions below,

@davendioka wrote, “White money can only cook for banksyW because music is not his calling”

@kusssman wrote, “I know that Banky W tried to replace wizkid But WhiteMoney??”

@_oluwaseun9 wrote, “One person says that Banky W signs Whitemoney to teach Adesua how to cook😩🤣”