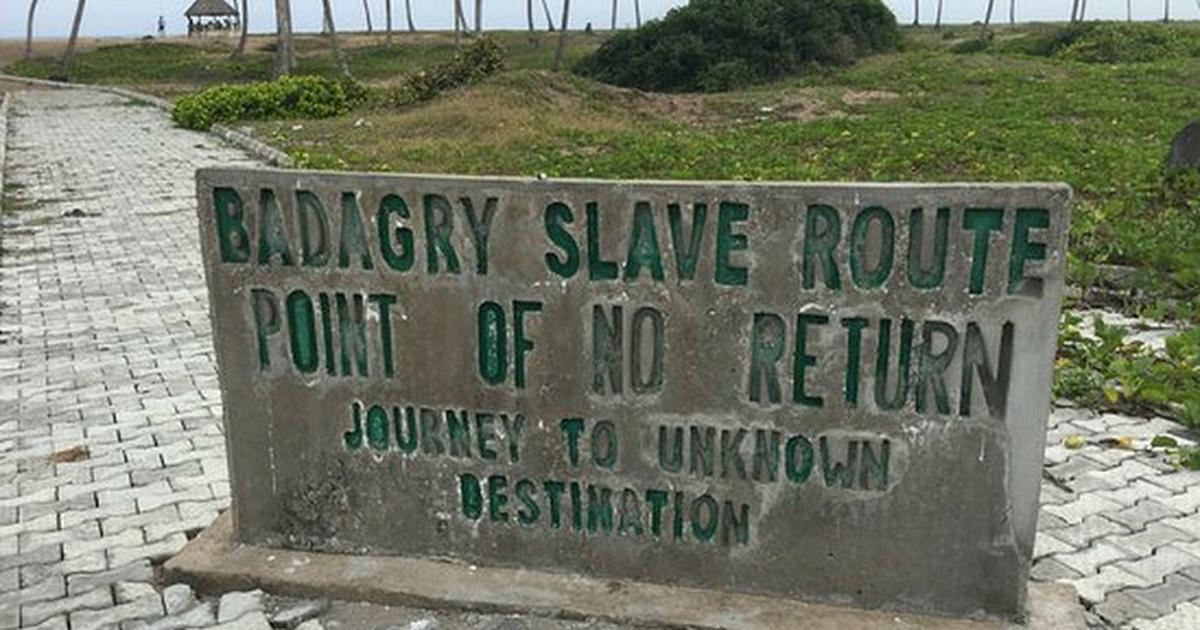 Decades ago, millions from the hinterland were bundled into ships and delivered to traders in European and American markets. Today, it has become a destination for tourists who want a slice of its well-preserved ties to the transatlantic slave trade.

Here are 5 important points on the Badagry slave route.

History has told us that the coast of West Africa was a fertile area for slavers in the 1800s because the rulers, chiefs, and warriors collaborated with the foreigners to capture their own people.

At the height of the trade in Badagry, the white cap Chief Sunbu Mobee traded many of his people with the Portuguese in exchange for valuables. This dark reputation was tied to the family until his son ascended the Mobee throne and abolished the trade in 1886.

Today, the relics of the family’s participation in slavery and many of the tools used to capture and hold captives can be found in the Mobee Family Slave Relics Museum, which sits at the top of Mobee Street in Badagry.

The Island, founded in the 15th Century, is geographically, a part of Badagry. However, due to its prime position between the hinterland and the ocean, Gberefu became a dreaded path to the Point of No Return.

READ ALSO  Thanks to a Mutual Friend, Titilayo & Lekan are Lovers For Life!

Slave traders and warriors under the charge of Chief Sunbu Mobee also captured inhabitants of the Island, young and old, and put them on the path that their home was already feared for.

Reports of the time claim that as many as half a million people were sold into slavery from Gberefu between 1518 and 1880. Today, the Island is a sandy beach enclave, untouched.

Spirituality was a major element of the slave trade, especially in Badagry. Along the path in Gberefu Island, there sits a well bordered by a small wall that discourages anyone from drinking from it.

During the slave trade, the well is said to have been charmed by shamans and chiefs. Slaves on their way to the Americas were given water from the well to forget their home and cut their psychological ties to Badagry.

It is said that the water would take effect 3 months into the journey, supposedly leaving the slave with no connection to anything but the lives they had been sold into. The locals claim that no one has drunk from the well in over a century.

From the point of their capture, African slaves were grouped by gender and age and shackled with a repulsive assortment of chains.

They were led along the path from Gberefu to the Spirit Well but their captive reality mostly set in when they got on the final phase, on the path to the ocean.

With the wet breeze of the Atlantic bearing down on them, the slaves would walk in lines along dusty footpaths, bordered by shrubs and palm trees. Home was in the background; before them lay the final phase of a damning journey

For all the trauma of their experiences and the agony of their journey from home, the Point of No Return was the place where African slaves were finally confronted with their future as slaves.

Here, at the shores of the Atlantic, the captives were handed over to the Europeans. As the name suggests, it is said that anyone who made it to this point had no chance of returning home.

It was here at the edge of a place they called home that the slaves would see an iteration of the bloody price they had to pay for the color of their skin.