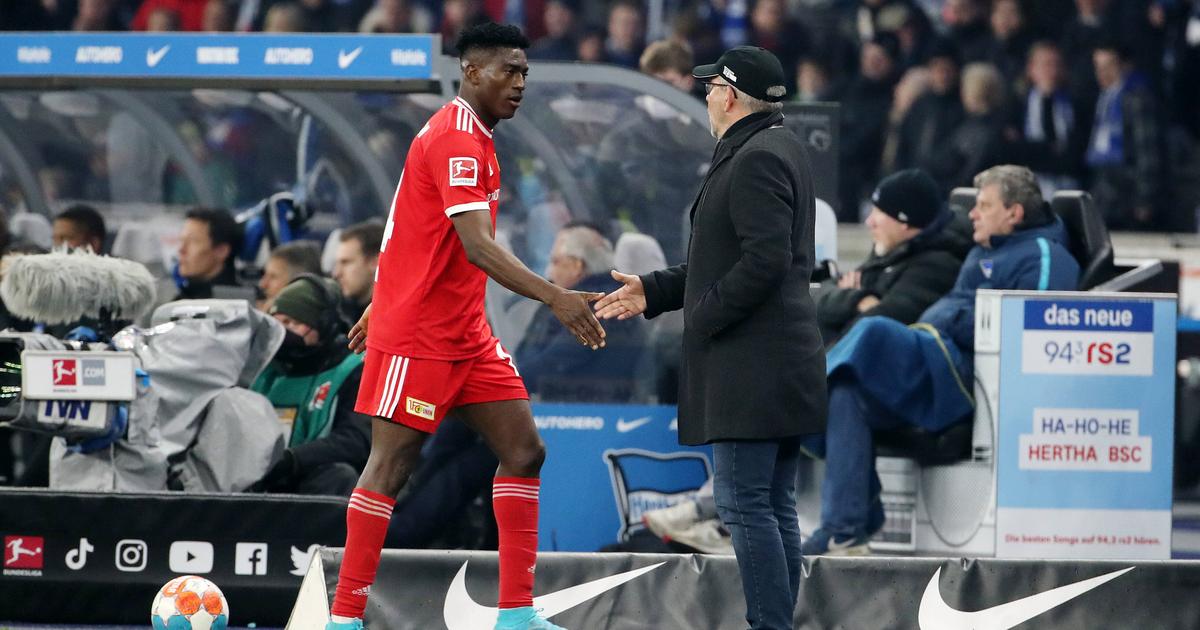 However, what was supposed to be a walk in the park for Fischer’s men turned out to be a frustrating game for the home side. The Swiss started Awoniyi alongside Sheraldo Becker upfront.

But both players struggled as Greuther did well to contain them. Awoniyi played 70 minutes of the encounter but only managed one shot on target and three off-target. He also had just 20 touches in the game.

And they were made to pay for their sluggish start as the away side took the lead in the 33rd-minute, courtesy of a strike from Branimir Hrgota. Hrgota’s strike ensured Greuther went into the break with the lead.

The second half resumed with Union searching for an equaliser. Unlike the first half, there was more urgency in Union’s play, dominating possession. But Greuther held their ground, keeping it tight at the back.

And just like last weekend, the substitutes made an immediate impact as Michel restored parity for the home side two minutes after his introduction. Michel’s strike brought more life to Union’s game, but despite the pressure they applied, they were unable to find the winner.

The result leaves Fischer’s men with 51 points from 32 games, one behind Freiburg, who play tomorrow.