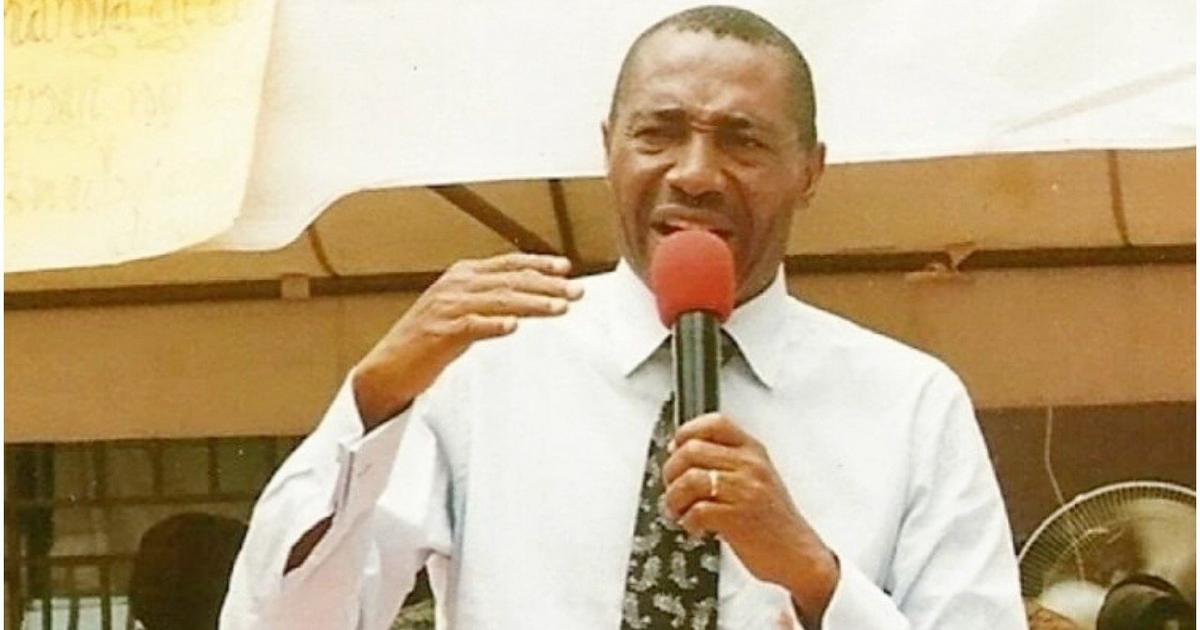 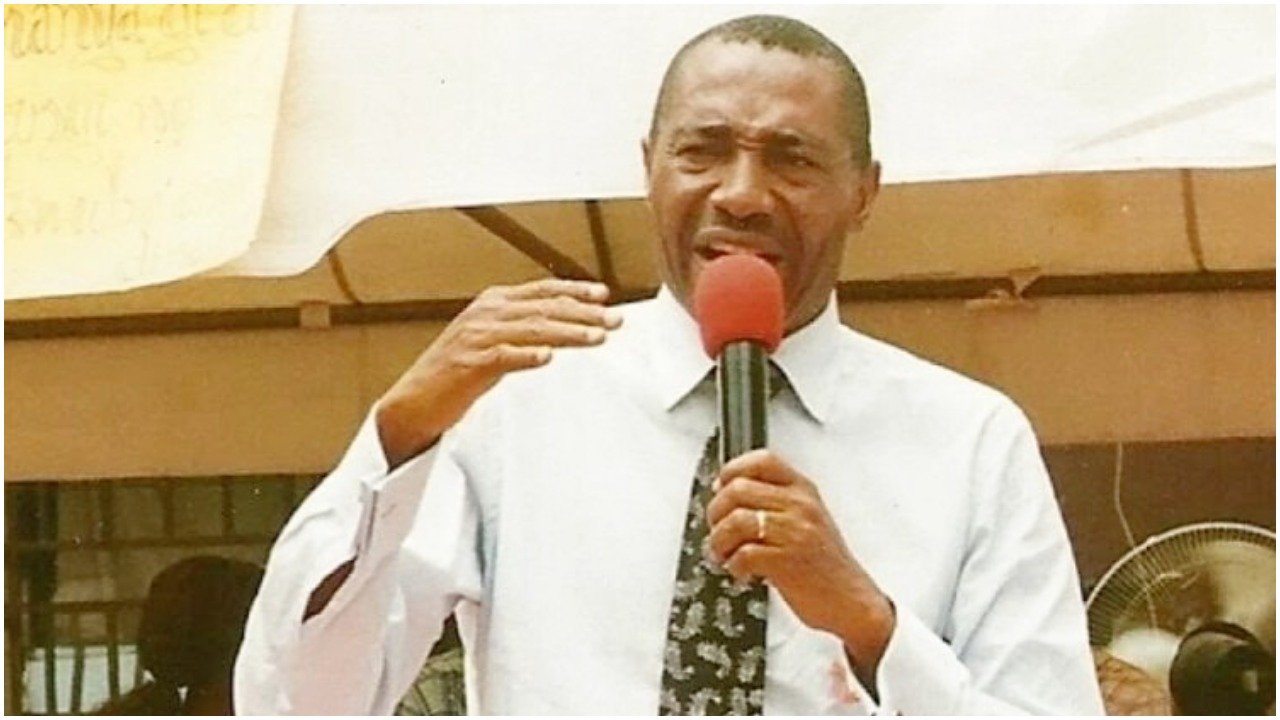 Speaking during an interview on Arise Television’s ‘The Morning Show’, Sen. Obiorah said he was not speaking as an anti-corruption crusader because according to him, “we are all sinners.”

He, however, said he had leveraged the knowledge of there being no saints to lay out a plan of a detailed outline of steps the Nigerian government must take to get value for public funds.

This according to him would lead to the development and achieve meaningful poverty reduction among the populace.

Referring to his book, ‘How to lift Nigeria out of poverty’, the ex-lawmaker said chapter two of the book highlights major areas in the public sector where amendments must be made to achieve the desired results in the nation’s anti-corruption fight.

He submitted that the anti-corruption agencies must be granted total independence by the removal of any political influence on the operations of the agencies, including the appointment and dismissal of heads of such bodies.

He said, “The President should lose the power to make any appointment or removal or suspension of persons from office in Independent Corrupt Practices and other related offenses Commission (ICPC), the Economic and Financial Crimes Commission (EFCC), Code of Conduct Bureau (CCB) and the proposed Directorate of Public Prosecutions (DPP)”

He further said that the membership of the agencies should be made ex-officio, that is membership by virtue of being nominated through an election by any of the prescribed organizations such as NBA, ICAN, ASUU, ASUP, NLC, and NUJ, in addition to these, the UN and Transparency International would nominate six members for each of the above anti-corruption bodies.

The commission or Board would have the power to appoint and remove the DG and a part-time chairman by a two-thirds majority vote.

The third step to be taken, he continued, is providing massive information flow on all public sector expenditures, including the smallest details such as the cost of the President’s breakfast or travel allowance.

Sen. Obiorah further said financial books on government spending should be made easily accessible to the public without the process of formal applications as in the case of the Freedom of Information Act.

“The EFCC Act should be further amended to make it mandatory at the pain of penal sanction, that all government expenditures including salaries, allowances, overhead, recurrent, capital, debt servicing, etc, by all tiers, arms organs, parastatals, ministries, departments and agencies, be published on the website of the respective entity,” he explained.

Fourth, he called for strengthening of the Federal Government’s Whistle-blower Policy, which he said was barely being operated at 2 percent of its capacity. While noting that the programme is a “very essential weapon in the fight against corruption”, he added that the policy “cannot develop and grow in capacity without a comprehensive legislation offering a detailed framework for identified and anonymous information volunteering, concrete protection of identified informers, collections of rewards, as well as civil and penal sanctions against those who victimise or retaliate against whistleblowers.”

In addition, he said to make Whistleblowers’ calls anonymous, the “legislation should create an elaborate mechanism for anonymous reporting, by mandating the Nigeria Communications Commission (NCC)) to procure the design, mass production and wide distribution of untraceable Whistleblower SIM cards labelled ICPC and EFCC respectively which would only make calls to the phone banks of ICPC and EFCC.

The How To Lift Nigeria Out Of Poverty author said the fifth step in effective anti-corruption fight is to provide for accelerated hearing of corruption cases. He noted despite the Administration of Criminal Justice Act (ACJA)’s mandate that criminal proceedings should be on a day to day basis, with a few adjournments allowed when impracticable, and that applications for stay of proceedings should no longer be entertained, the pace in criminal proceedings has seen only a marginal improvement.

Therefore, he stated, “it has become imperative to hire more judges, train and designate some over a number of years for corruption cases, and the judges given a practice direction for compliance with the intendment of ACJA for speedy trials. As for the problem of incompetent prosecutors, and cases abandoned due to collusion, the proposed reform of anti-corruption agencies, particularly the creation of the proposed Directorate of Public Prosecutions would mitigate that and crank up the wheels of justice.”

The sixth step, Sen. Obiorah continued, is statutorily extending time for prosecutors to pursue abandoned appeals. This, he explained, will address “soft landing” for corruption suspects as such cases can be then be revisited with a requirement of “just an affidavit deposited to the fact that the failure to appeal was in bad faith.”

To achieve this, he proposed that the procedure for a bid process should be in two stages namely pre-qualification, involving the submission of technical bids and bidders’ qualifying documents, evaluation and announcement of pre-qualified bidders, who will move on to the next stage of submission and opening of financial bids at a pre-announced date, time and venue.

Lastly, the former Senator proposed that non-remittance of operating Surplus by Ministries, Departments and Agencies (MDA) should be criminalised.

Senator Obiorah concluded by stating that the faithful and diligent implementation of these anti-corruption measures should bring about transparency, stem misapplication of resources, increase average value-for-money on public expenditure from 35% to 90%, recreate peoples’ confidence in their government and its institutions, and save the nation about N6.5 trillion, directly and indirectly, every year, unshackle the strictures on the economic engine imposed by corruption, allowing the GDP to leap by as much as 20% and creating millions of jobs.

Timini Egbuson Is Making the Most of His Moment | #BNMeetTheStar