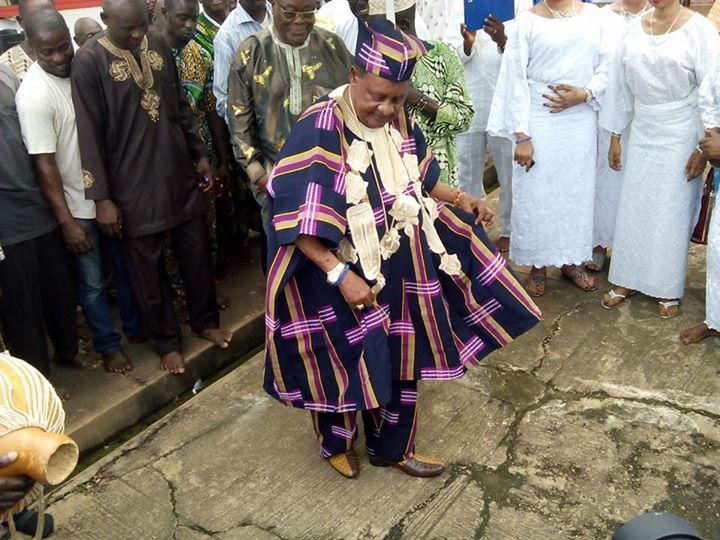 The passing of legendary Yoruba monarch, the Alaafin of Oyo, Oba Lamidi Adeyemi, sent shockwaves through Nigeria, with many turning to social media to share their sadness over his death.

The monarch according to Premium Times “died in the late hours of Friday at the Afe Babalola University Teaching Hospital, Ado Ekiti, the capital of Ekiti State in South-West Nigeria.”

His remains were brought to Oyo town early Saturday morning, according to palace sources, and traditional rites have begun.

The tributes to the monarch’s life and history have been beautiful, from Nigerians to foreigners who admired and respected him.

Here are some of the tributes:

May the soul of Alaafin of Oyo, Oba Lamidi Adeyemi (Iku Baba Yeye) rest in peace. Condolences to his family members, friends, the Oyo state government, traditional leaders in Yoruba land, and all Oyo sons and daughters worldwide. pic.twitter.com/cdRgWbdBdp

The longest serving Alaafin of Oyo, Oba Lamidi Olayiwola Adeyemi III has transited to the great beyond 😭😥

Every soul shall taste death. This one, is a colossal loss!!

Alaafin of Oyo Kingdom, Oba Lamidi Adeyemi has answered the calls of his ancestors. Rip 🪦 💔 pic.twitter.com/zP1wYYvLzb

Ever since I was young, the Alaafin of Oyo has always been old. He’s like Morgan Freeman. There is no young version of him.

He was 83 years old and the longest reigning Alaafin ever, having ruled for 52 years. pic.twitter.com/p0dJRVc1AV

Woke up to the news of Alaafin of Oyo joining his ancestors. Saw his Majesty once in my life, he never looked his age. Quite energetic for someone that old. May his soul Rest In Peace. 🙏🏽

He was 83 years old and the longest reigning Alaafin ever, having ruled for 52 years. OYO will miss you . pic.twitter.com/C4POe6h9bD

The Alaafin of Oyo became a King far before I was born. He served so long on the throne, he has done well. I’m happy that I would be witnessing another history of a new King, I have at least 80years more to live, how many more Alaafins would I see? Time would tell.

The Alaafin of Oyo Lives on.

No Monarch dies in Yorubaland but ascends into the Heavens, while a successor takes over the substantive office. Only the Kingmakers are allowed to announce the demise of a monarch not the media.

Alaafin is Alive but Oba Adeyemi has transited. https://t.co/8rcdYxSzh2

#Alaafin: Death is A Unifier

We’ve all owed it a debt that one day, everything will be left behind including our influence… So do good!

Goodnight the Alaafin Of Oyo.
Rest in peace. pic.twitter.com/NDLIGKTylL

Alaafin of Oyo, Lamidi Adeyemi III was a man of sound mind, great sense of history.

Nigeria will miss him pic.twitter.com/Oi3tFwc1Xe

Talking Law With Ivie Omoregie: What is Considered to Be Statutory Rape?

#BellaNaijaWeddings Weekly: Feel all the Love From This Week With These Beautiful Features

#BellaNaijaWeddings Weekly: Feel all the Love From This Week With These Beautiful Features