A Conversation with Coodie & Chike on the Making of “jeen-yuhs: A Kanye Trilogy” 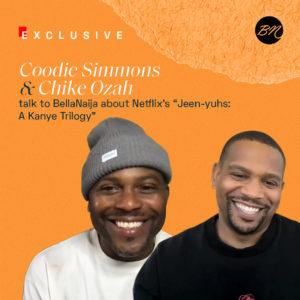 There is a lot you don’t know about Kanye West, even if you believe you do. Netflix’s “jeen-yuhs: A Kanye Trilogy,” tells the story of Kanye’s life and legacy over 21 years. From being a college dropout who produced for Jay-Z, to battling for a record contract, to winning several Grammys, and becoming one of pop culture’s most divisive personalities.

Filmed by award-winning duo Clarence “Coodie” Simmons and Chike Ozah, “jeen-yuhs” includes footage of Kanye from his early beginnings, studio sessions and live performances; his discussions with his late mom, Donda West, and cameos from renowned artists including Jay-Z, Jamie Foxx, and Beyoncé.

The first part begins in the early 2000s with Coodie, a young Chicago filmmaker who found himself amid fascinating talents. As a young man, Kanye West had already established himself as one of the most talented music producers. Coodie realized that there’s more to Kanye than meets the eye. He decides to follow Kanye’s journey to stardom. 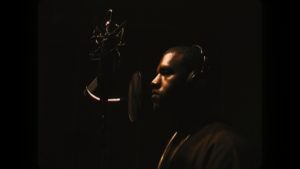 BellaNaija’s Damilola spoke with Coodie and Chike about their outstanding work on the documentary “Jeen-yuhs: A Kanye Trilogy,” and here’s what they had to share.

You’ve had these footages for over a decade; why did you choose 2022 as the year to make them public?

Coodie: We say everything happens in God’s time. It could have happened twenty-one years ago, or it could have happened in 2006. We were off of the deal and it didn’t happen for the reason that God didn’t want it to happen at that time. It could happen in 2014. Same. We met with Kanye and he, you know, felt like he would have loved to see that at that moment. But people had other agendas for him. So this time we had everything lined up and we were like, OK, it’s time to just do it ourselves and then show Kanye the sizzle, which we did, and he fell in love with it. And so we knew that it was time, and then, not for nothing, the pandemic hit, which shut everything down. I’m a party animal. I kick it, I’m out, and we focus on so many things. But when the world shut down, that sat me down, Chike down, and our editors. It set us all down. We can go through these three hundred and thirty hours of footage and a few terabytes of hard drives to be able to construct this story. So we did it ourselves because we felt like it was important at this moment for us to show the world this journey. 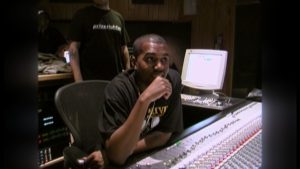 Has Kanye seen the final clips? What was his reaction, or what did you expect it to be?

Chike: From my understanding, he hasn’t seen it yet. I think it’s going to be heavy. It’s going to be a very emotional watch when he watches it. I can’t let my imagination get in the way of God’s manifestation as far as what his reaction would be. I think he would enjoy the film, and I’m looking forward to him seeing it for sure.

Coodie: Yeah, when I went to go show him during his birthday, I set up a screening, which was June 8th, with everybody that was there with him from the beginning who loved him, because I knew we all had to be there with him when he watched it. I said, “You have to watch it with us so we can laugh together. We can reminisce, we can cry, we can hug and embrace.” That’s how I feel. He should watch it. And when I saw him recently, he just said, “This process is different.” He said he didn’t watch his drink champs.

Were there any moments in Kanye’s life when you decided it was time to put the camera away?

Coodie: The only moment that I felt that way was when I was in DRW recently, when he was running for the presidency, and when he started going into what people call a rant, which I had never experienced on my own, so not only that, I felt like, “Oh, I have to pay attention because he is my brother, you know?” So I’m like, “Let me pay attention to what’s going on.” That was the time. When I felt uncomfortable, it was towards the end. But other than that, we kept the camera rolling and we were having a ball throughout the whole journey, even when we reconnected after his breakthrough on the same Pablo tour. Yeah, I remember that. That was the same Kanye I filmed that night on the ninety-fifth in Chicago. On the south side was the same dude. Besides, he was super famous. 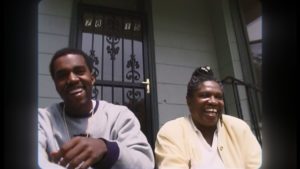 Creating “jeen-yuhs” also entailed gathering two decades’ worth of films involving Coodie and West’s friendship, from “The College Dropout” mixtape to getting signed to a big record label. In retrospect, what would you say about your friendship?

Coodie: Like any friendship, because, you know, I’m like years older than Kanye. Yeah, we’re friends, but we’re more. We became more like brothers. I think when I met Mama West for the first time, she adopted me. She adopted all of us who were around Kanye as her kids. We called her Mama West. With any family, you have your ups and downs. But no matter what, you’re going to be there for your family. You love your family, so you’re going to be there. I think that’s our relationship, more of a brotherhood. And you know, that’s how we move.

What do you think was one of Kanye West’s career-defining moments captured on camera?

Chike: I think it was “Jesus Walks.” That’s the one where we got behind him after that song. I’m like, “Man, we might be dealing with like a Martin Luther King or somebody here that could make some real change in the world.” Not the same way, but in a way, so I feel like to me that song meant that you knew who you were dealing with.

Watch the interview below: